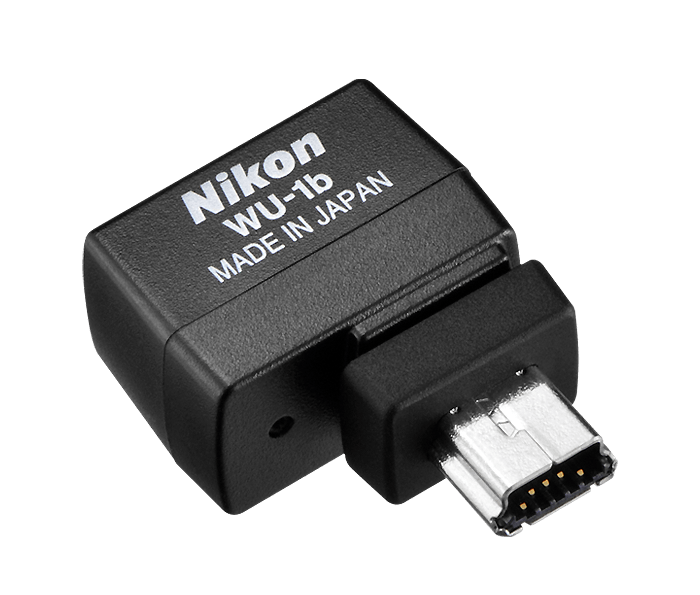 Lens cap, protects the lens on specific COOLPIX cameras from dust and damage. The WU-1b optional wireless mobile adapter allows you to automatically send great images to your smartphone and even use your smartphone to remotely capture images from compatible Nikon D-SLRs and Nikon 1 cameras. With the easy to use app, now when you can’t wait to share that great shot, you don’t have to. Share it to your smartphone or tablet in an instant.
Wi-Fi Shooting: Images can be taken remotely using a compatible smart device using the camera’s Live View preview on the smart device to frame and compose the subject.
Note: Smart device is used to remotely fire the camera, maximum distance is up to 49 feet and the smart device can’t be used to adjust settings on the camera.
The dedicated application runs on Android™ 2.3 or later (smartphones); on Android 3.0 or later (tablets). iPhone® and iPad®: iOS version 6.0 or later. Operating system is required to use the WU-1b.**
**Specifications and Compatibility: OS: Smartphones, Tablets:
Android™ version 2.3 or later (smartphone), Android version 3.0 or later (tablet). iPhone® and iPad®: iOS version 6.0 or later.
Wi-Fi®: 11b/g/n (maximum range approximately 10-15m/33-49 ft).

There are no reviews yet.